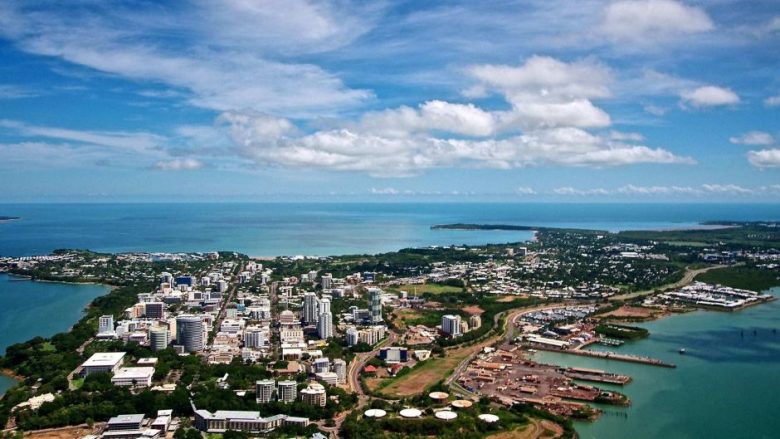 Darwin – gateway to the Top End

Darwin is a very special capital city in Australia. It was established on Larrakia Land in the Top End of the Northern Territory in , it’s closer to SE Asia capital cities than Canberra, Sydney or Melbourne. Darwin is multicultural, tropical, distant from the politics of the south and in close proximity to the homelands and heartlands of many Indigenous Australian peoples with many different languages. It is the regional centre for people from the Kimberly to the Gulf of Carpentaria and as far south as Tenant Creek.

This means Darwin is uniquely place to be a hub for visitors and residents from ‘out bush’.

For many visitors to the Northern Territory, and even residents of Darwin, the lands beyond the city limits can be mysterious. Our rugged ancient landscapes, vibrant colors, dramatic seasons, unfamiliar vegetation and sometimes alarming wildlife can be daunting. Then there’s the insects. Yet ‘out bush’ is where the founder of Songlines lived for so many years with the Kunwinjku people of Gunbalanya in West Arnhem Land (1991-95 and 2013-18) and the Warlpiri people of the Tanami Desert  in Central Australia (1986-88).

When the opportunity arose to create Songlines it was a no-brainer. This is exactly the right place to create a destination that shares, educates and uplifts. That prepares visitors for their journeys beyond the city limits and greets them on their return.